Water scarcity is a global phenomenon that has left entire countries in dire need of international assistance, and South Sudan is no different.  Located in the northeast region of Africa, South Sudan is bordered by Sudan, Ethiopia, Kenya, Uganda, the Democratic Republic of the Congo, and the Central African Republic. These countries all face a similar water crisis, as scarcity remains an issue for most, though the lack of access to sanitary water in South Sudan has largely emerged as a result of a disastrous civil war.

Political unrest has shaped water crises across the globe, and South Sudan’s entrance into civil war embodies the destruction of a country’s water system that state conflict can bring about. In 2011, South Sudan finally gained its independence from Sudan, but prosperity was far from being achieved[1]. The country entered a long seven-year civil war that ceased with a peace deal in 2018.  However, despite this treaty, the residents of South Sudan didn’t experience any form of relief in terms of their living conditions. Rather, millions of residents in South Sudan live under treacherous conditions requiring international assistance.   To examine exactly how the civil war effects worsened water conditions for South Sudan’s people – first, we must look at the causes and outbreak of civil war.

Sudan and South Sudan maintained heavy tensions since the latter gained its independence.  Though notably in 2013, South Sudan’s President Salva Kiir accused his Vice President Riek Machar of formulating a coup, and thus war ensued[2]. Over the course of the next few years, approximately 400,000 people were brutally murdered and over 4 million individuals were displaced, leaving them to find shelter elsewhere[3]. President Salva Kiir is the leader of the Dinka African tribe, one of the two ethnic groups that constitute the Sudan People’s Liberation Movement[4]. Within the movement exists an army and, in combination with the movement, focuses on liberation and politics. The Nuer constitutes the liberation movement’s second ethnic party, which is headed by Vice President Riek Machar. After tensions arose and accusations began to spiral, VP Riek Machar insisted that he was not planning a coup, but rather that President Kiir was in search of suppressing any political opposition that he maintained. An arrest was made by President Kiir, of the party’s highest-ranking officials, while VP Riek Machar fled to the northern region of the country.  On December 18th of 2013, VP Riek Mackar formally called for the overthrow of President Salva Kiir. Less than a week later forces that swore allegiance to the former vice president took control of Unity and Jonglei, which are rich in natural resources, and placed oil rigs within their bounds[5].

The formation of the Sudan People’s Liberation Movement in Opposition was then formed and headed by former VP Machar.  Those that pledged devotion to the SPML/A in Opposition were made up of defectors, former government members, and small militias[6]. War initially broke out in Juba, South Sudan’s capital, but escalated and made its way throughout the country. In just one month, 10,000 people were killed, many of which were innocent civilians[7]. Much of the tension that lead to the outbreak of a civil war can be drawn back to the Second War of Independence for South Sudan which began in 1983 and ended 22 years later.  Under the SPLM, opposing ethnic groups reunited to fight a common enemy, Sudan. While the war ended in 2005 with the establishment of a peace agreement, fighting in the region did not stop.  South Sudan now faced a civil war as political opposition within the regions continued. 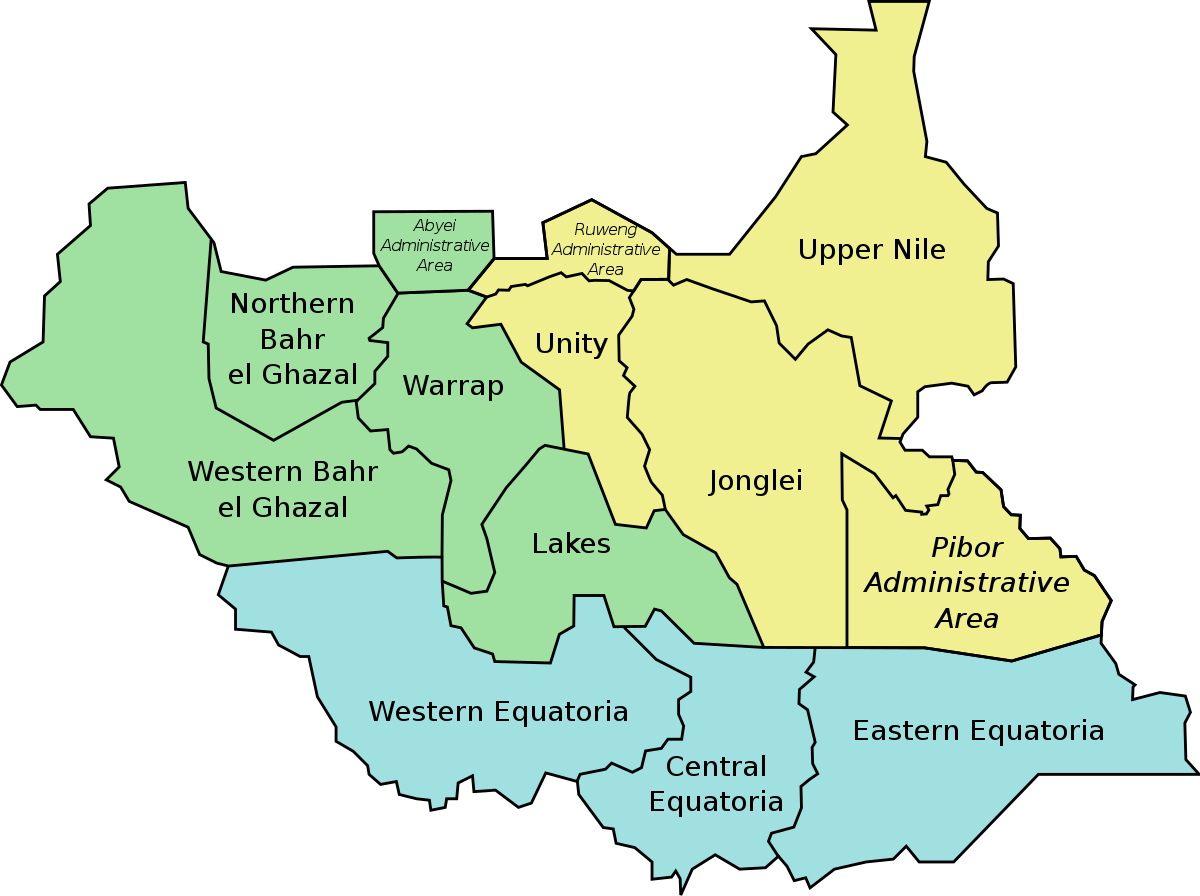 As a result of the brutal destruction, civilians fled for their lives in search of shelter and safety. South Sudan reached one of the world’s greatest humanitarian crises as people fought to survive. However, displacement came with an onset of obstacles that exacerbated the conditions of war.  Water insecurity became an issue for the many fleeing, as the only regions in which safety was greater were regions in which water was scarce. In particular, the village of Aburoc, which was once populated by a mere 1,000 residents, experienced a surge in inhabitants just days after the war initially broke out. The village’s population grew to 30,000 in just days, many coming from the town of Kodok, as the government gained control over the Nile River[8]. Aburoc, located far from the Nile River, had only three wells for the newly arrived thousands of inhabitants.  As a result of the well’s lack of sanitation, cholera formed and an outbreak within the village ensued.  While a surplus of international and aid organizations have come together to treat the water and build new infrastructure, issues remain. One displaced person reported, “Here we drink water from the stream and whenever we use this water for bathing, we get rashes. Like my skin now has a rash. But what can we do? Nobody is able to stay here. We will go to Sudan because in Sudan, the humanitarian assistance is better”[9].

The work spearheaded by the Red Cross and Doctors Without Borders enabled safer drinking conditions and physical well-being, but this was not the end of South Sudan’s water crisis. As a result of the continuance of the war, the  United States Agency for International Development reported that out of all individuals living in rural regions of South Sudan, only 34% have access to sanitary drinking water[10].  This statistic is quite astounding when put into perspective, as 84% of the country lives in rural regions[11]. Vulnerable populations living within poverty lines continue to be most affected as, not only are necessary resources scarce, but they are linked to the plethora of health concerns that have arisen, including cholera, malaria, and other infectious diseases[12]. However, while international aid is being administered, preventable diseases remain prevalent as the water infrastructure in South Sudan remains vulnerable to enemy attacks.

Water infrastructure continues to be weaponized by the two parties in war.  South Sudan’s most vital resource is water, as the state is encompassed by several bodies of water. Whether done by the military force or civilian power, both political parties have targeted their opposition’s supply in the endeavor of squashing recovery efforts.  Both parties acknowledge the importance of water and its aiding in the process of regaining power, and thus it is understood why these sources are constantly under attack.  Water is the source of life, not only is it necessary to hydrate oneself, but it enables sanitary conditions as well as the maintenance of agriculture.  By ceasing and/or targeting water sources, communities are unable to tend to their crops, directly affecting food sources. Professor Andrew Clapman who serves as a member of the Commission on Human Rights in South Sudan noted that “The fact of destruction of crops or taking away the possibility of getting access to water through boreholes and so on, that can constitute the war crime of starvation because your intention is to starve the civilian population….in this case by both sides, as we’ve documented”[13]. Deliberate starvation is enabled by the weaponization of water, and opposing parties in South Sudan are both taking up such measures to maintain political domination.

In the late summer of 2018, the two parties signed the Revitalized Agreement on the Resolution of the Conflict in South Sudan[14]. The resolution stood to offer new entrants within the dissension but complete order has not been made a reality for South Sudan. The country remains in dire need of international aid, from the turmoil that began years ago with the start of the civil war to the negative effects on oil prices as a result of the Coronavirus pandemic, the effects on water are visibly apparent. As of 2022, more than six million residents of South Sudan lack access to clean water, and in turn, women are forced to continue a treacherous to obtain clean water[15].  While war has ceased, the region continues a struggle to maintain access to clean water – it will take more than the current aid to lift South Sudan from this crisis.